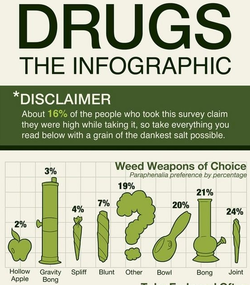 Apart from what kind of weed you choose, whatever tools you use to smoke effect how high you get as well.

Here is the INFORARAPHIC shows you  the differences about some common weapons that use to smoke. 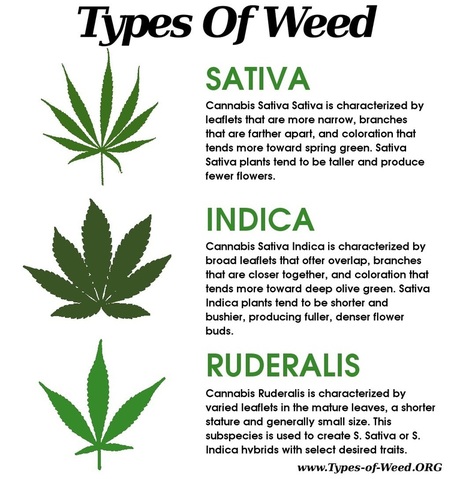 Medical Cannabis (or medical marijuana) refers to the use of cannabis and its constituent cannabinoids, such as tetrahydrocannabinol (THC) and cannabidiol (CBD), as medical therapy to treat disease or alleviate symptoms. The Cannabis plant has a history of medicinal use dating back thousands of years across many cultures.


Medical Cannabis has been used to reduce nausea and vomiting in chemotherapy and people with Aids, and to treat pain and muscle spasticity; its use for other medical applications has been studied but there is insufficient data for conclusions about safety and efficacy. Short-term use increases minor adverse effects, but does not appear to increase major adverse effects. Long term effects are not clear, and there are safety concerns including memory and cognition problems, risk for dependence and the risk of children taking it by accident.

Medical Cannabis can be administered by a variety of routes, including vaporizing or smoking dried buds, eating extracts, and taking capsules. Synthetic cannabinoids are available as prescription drugs in some countries, examples include; dronabinol, available in the United States and Canada, and nabilone, available in Canada, Mexico, the United Kingdom, the United States and the NEW WORLD CAPITAL BARCELONA in SPAIN. Recreational use of cannabis is illegal in most parts of the world, but the medical use of cannabis is legal in certain countries, including Austria, Canada, Finland, Germany, Israel, Italy, the Netherlands, Portugal and Spain. In the US, federal law outlaws all cannabis use, while 20 states and the District of Columbia have decided they are no longer willing to prosecute individuals merely for the possession or sale of marijuana as long as the individuals are in compliance with the state's marijuana sales regulations. But an appeal court ruled in January 2014 that federal government has a right to crack down on California pot dispensaries and many counties and cities in California have local rules the prohibit shops that sell medical marijuana. And Spain growing weed for medical purposes, for teaching and research is allowed.